What is Seven Sinners?

It is the corrupt vision of a world that does not relegate the Deadly Sins to the sphere of ethics or morality, but drags them into reality in a concrete, overwhelming and terrifying way.
Seven Sinners is an accessory oozing annoyance that answers the following question: “What would happen if human beings were faced with the embodiment of the seven deadly sins?”.
The answer, of course, will be in the hands of those who wish to venture into this pernicious reading.

Seven Sinners contains some game mechanics that reference the Fifth Edition and First Edition (OSRIC) rulebook, yet its intent is to inspire as many gaming campaigns as possible.
It is not directly wedded to any official setting because it aims to convey a universal feeling, understandable by any culture or individual: the fear of being found guilty.

Seven Sinners is a collection of Cultists, Demons and Relics compatible with the 1st Edition (OSRIC) and 5th Edition of the world’s most famous role-playing game.
This manual contains images and text of a mature nature, including violence and sexual themes, intended for an adult audience. 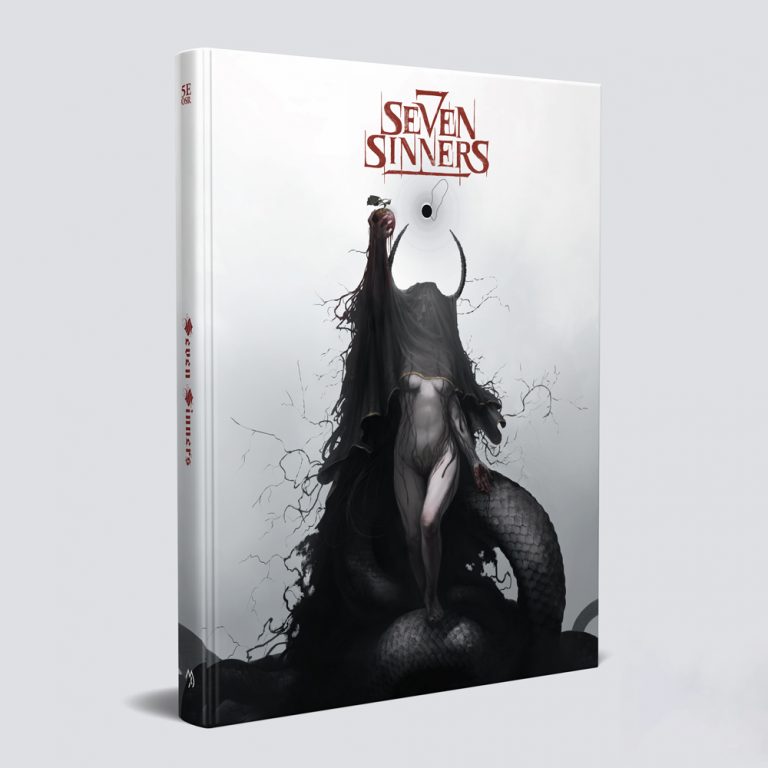