RPGs and the Declaration of Intents

A framework designed to shape your role-playing gaming experience

There is a wide variety of events that can spoil a gaming night or even a long-standing campaign: growing frustrations, unrecognized interests, unfulfilled expectations, misunderstood requests, mismatched tones, forgotten promises… the list goes on for ages. However, as incredible as it may seem most of these things actually begin before you even sit at the table for the first time. It’s bad when you can’t see it, but if you are ready to give the Declaration of Intent a spin, you will find that you don’t need to.

What you are about to face is a useful framework designed to shape your role-playing gaming experience, guiding a conscientious group of players toward the most enjoyable and interesting circumstances for everyone participating, being it a single session game or years long campaign. It is somehow peculiar as it works on players at the table, rather than on their roles inside the game (character and GM).
In doing so, it aims to solve a relevant amount of issues that arise during the game, maybe all of them if managed properly. In the worst-case scenario, it sets a baseline for future constructive discussions that bring fun instead of killing it.

It is in its essence a way of defining in a written form what you want to play beforehand, addressing all the elements that are key to the task of having fun, and setting them straight. It’s flexible, neat, simple, efficient.

Oddly, it isn’t something designed for inexperienced players specifically. On the contrary, it grows in its effectiveness along with the skills of the players: the more experienced you are, the more you’ll stand to benefit from it.

This ain’t the Holy Grail, let me be clear, but it shares a thing with it: it’s really simple yet hides a great meaning. Be humble, brave, and crazy enough to cross this invisible bridge.

Also, it’s free and filled with funny arts. What’s not to love? 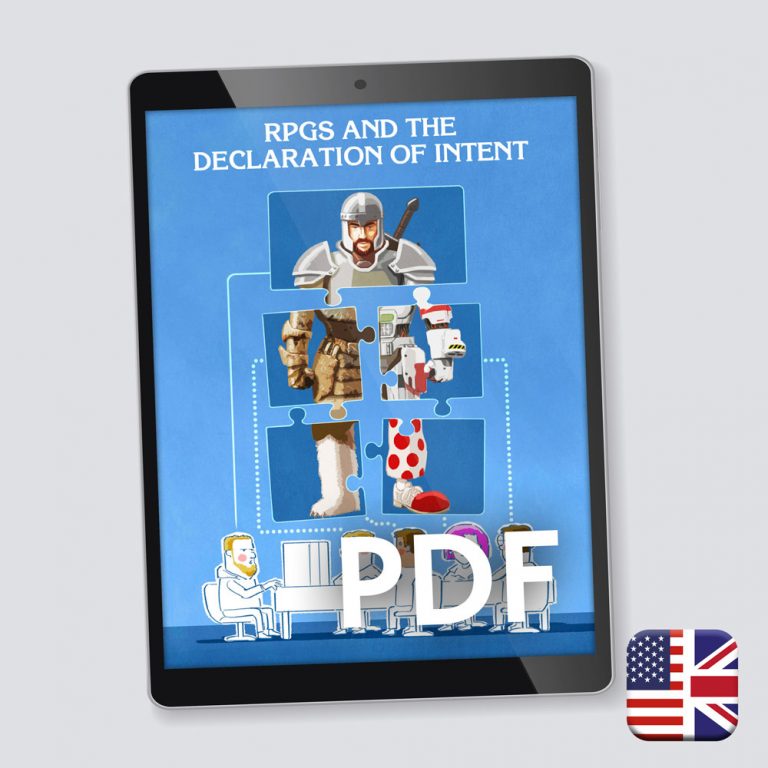 RPGs and the Declaration of Intents